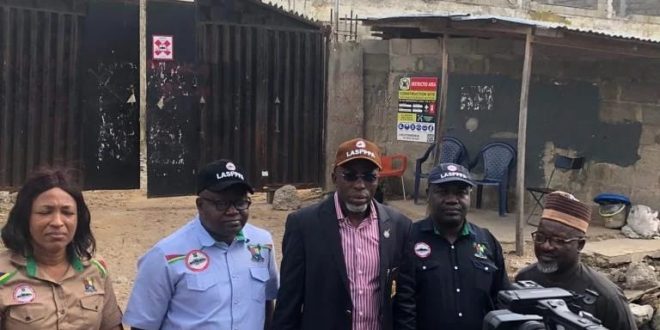 The enforcement team of Lagos State Physical Planning Permit Authority (LASPPPA) has decried the illegal activities of developers in the State, just as it issued stop-work order on the ongoing construction of the Alade Market Shopping Complex, Ikeja and Triangles Mall, Osapa London, Lekki-Epe Expressway.

Speaking during a routine enforcement exercise on illegal developments in Ikeja, the General Manager of LASPPPA, Tpl. Kehinde Osinaike, lamented the rate of disregard for the State’s Physical Planning Laws, especially among building developers in Lagos State.

He revealed that the sealing of the illegal construction work within Alade Market, Ikeja, became expedient after the developer failed to regularise his documents and obtain necessary permits as well as building approvals.

According to him, “Despite having sealed this particular property on three occasions in the past due to lack of Planning Permit, the developer has repeatedly broken Government Seal and continued construction in flagrant disregard for the Physical Planning Laws of the State”.

Osinaike also disclosed that the same unrepentant developer handling the Alade Market project is also in charge of another unapproved structure, Triangles Mall at Osapa London, Lekki-Epe Expressway, which has also been sealed.

He noted that despite contravention notices served on the structure and others in the area requesting compliance with the law, this particular developer refused to obey the directive but chose to continue with construction work at the Triangles Mall.

The General Manager emphasised that the Authority will not relent in actualising its mandate of ensuring that physical structures are built in tandem with Physical Planning Permit Laws to guarantee the safety of lives, property and general wellbeing of Lagosians.

The enforcement team, which was led by the General Manager, extended its activities to the Ogudu and Agboyi-Ketu areas of the State, where property contravening Physical Planning Permit Laws and had hitherto been served notices to comply, were either served new notices or sealed.

Share
Previous The monitoring and enforcement activities of Lagos State Physical Planning Permit Authority (LASPPPA) was carried out at Ikoyi/Victoria Island, Eti-South and Ajah district, this week
Next LASPPPA FROWNS AT ENGAGEMENT OF UNDERAGE YOUTHS ON CONSTRUCTION SITES 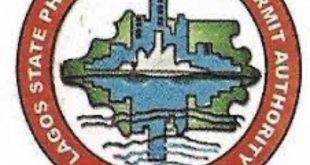 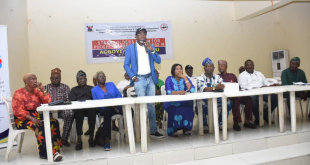